Gyves, 18, is a digger from N'zibera. This group earns 3500 Congolese francs per day which is divided among eight or 10 people, making around 1 dollar a day per person.

African journalist Seada Nourhussen and photographer Jan-Joseph Stok visited the Democratic Republic of Congo to investigate the role the trade in minerals used in cell phones has in the ongoing war in eastern Congo. The trip took Nourhussen and Stok from Amsterdam, throught Belgium, Kenya and Rwanda to the poor, artisanal mines in eastern Congo and the modern, industrial mines in Lubumbashi. They met children who work in the mines under difficult conditions, women who were violently raped by rebels and soldiers and abandoned by their community, big and small merchants, mine owners, prostitutes, activists and aid workers. All key players in the economic war behind our gadgets.

There is a horrifying story hidden behind the international trade in mobile phones, as well as laptops, iPods and other MP3 players, game consoles, digital cameras and more modern (telecom)equipment. These devices carry minerals with strange names such as coltan, cassiterite and wolframite and better known ones like cobalt and gold ores. After treatment coltan becomes a heat resistant powder that can hold a high electric charge. Cassiterite is processed into tin, primarily used as a solder on circuit boards. Wolframite is processed into tungsten, that allows mobile phones to vibrate. Cobalt is an important component of rechargeable batteries in mobile phones, laptops and digital cameras.

The materials come from different parts of the world. But activists such as the British organisation Global Witness and the American Enough Project are specifically concerned about the exploitation of coltan and other precious resources from the Democratic Republic of Congo. An estimated 64 percent of the world’s coltan reserves come from the DRC, several reports say, especially from the east, divided into the provinces of North and South Kivu. These places are full of mines with coltan, cassiterite, wolframite and gold.

At the same time there is an incessant and violent conflict going on in the Kivus. The warring parties control, according to reports from Global Witness and the Belgian International Peace Information Service (IPIS), various sites where coltan, wolframite, cassiterite and gold are mined. Activists from the Enough Project, based in Washington, say there is a direct link between the ongoing violence in eastern Congo and the trade in commodities from the region used in modern electronic devices. Because war costs money – lots of money – troops must be paid and fed, ammunition, weapons and equipment have to be purchased. The armed groups either occupy the mines and force civilians to work there, or they occupy and block the roads and the airports on which the minerals are transported so they can illegally tax the drivers, pilots and traders.

According to Enough Project, that aims to end genocide and crimes against humanity, both Congo’s soldiers from the integrated army, who should be protecting the population, and the various rebel groups each year earn about 180 million US dollars with the trade in raw the materials that end up in our gadgets. It could be a lot more. And this figure is nothing compared to the billions earned on mobile phones, laptops, iPods and playstations, but such an amount is nonetheless a fortune in eastern Congo. And more than enough for the armed groups to continue their terror for a long time. 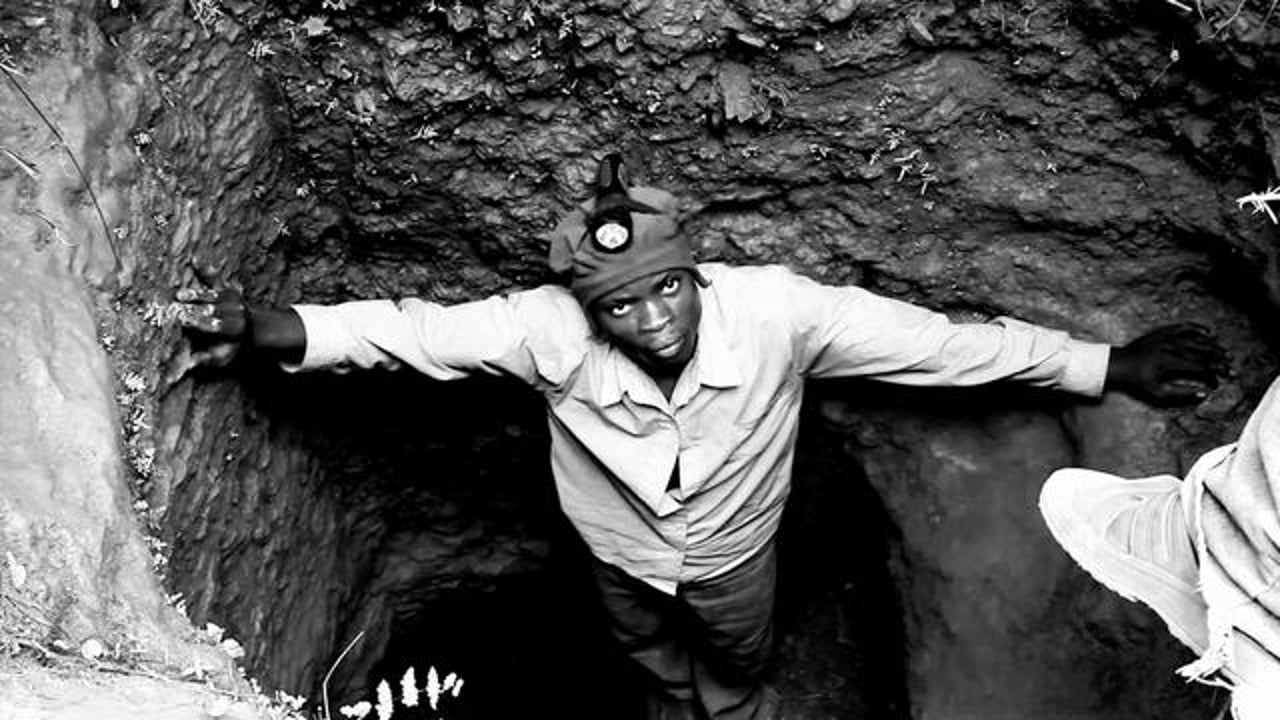 Video introduction to the project. (In Dutch)

General view of the market in the mines of N'zibera where people come to buy essentials, alcohol and food. Prostitutes wait for diggers to come when they have a good day.

A digger emerges from a well in the mines of N'zibera. Wells often reach between 15 and 20 meters deep. At the bottom it's very hard to breath properly. The conditions in which they work are extremely tough just to find a little bit of casterite ( and coltan).

In nearly every corner of the mine, you will find group of men working to try to find casterite.

Children are mixed with adults in the mines of N'zibera trying to find Casterite. They work everyday from early morning until it gets dark with hardly any breaks, usually until 8 pm.

The man in the white jacket is one of the managers of the mines. He buys from the diggers and sells it to the negotiators who are working for Commissioners in Bukavu. He is making a very small margin, with 200 francs per kilo that he buys.

The small market of N'zibera contains all the basic items that the diggers need.

The end product, casterite. The minerals are taken directly to the market to be sold to managers.

Sometimes entire families work in the mines. Mothers sell food in the market, women and young girls wash the minerals in the water and men dig in the mines.

Women carry the minerals from the mines to the water, where they will clean them and bring them to the managers.

One of the diggers coming out of the mines. They have only a lamp and hardly any tools.